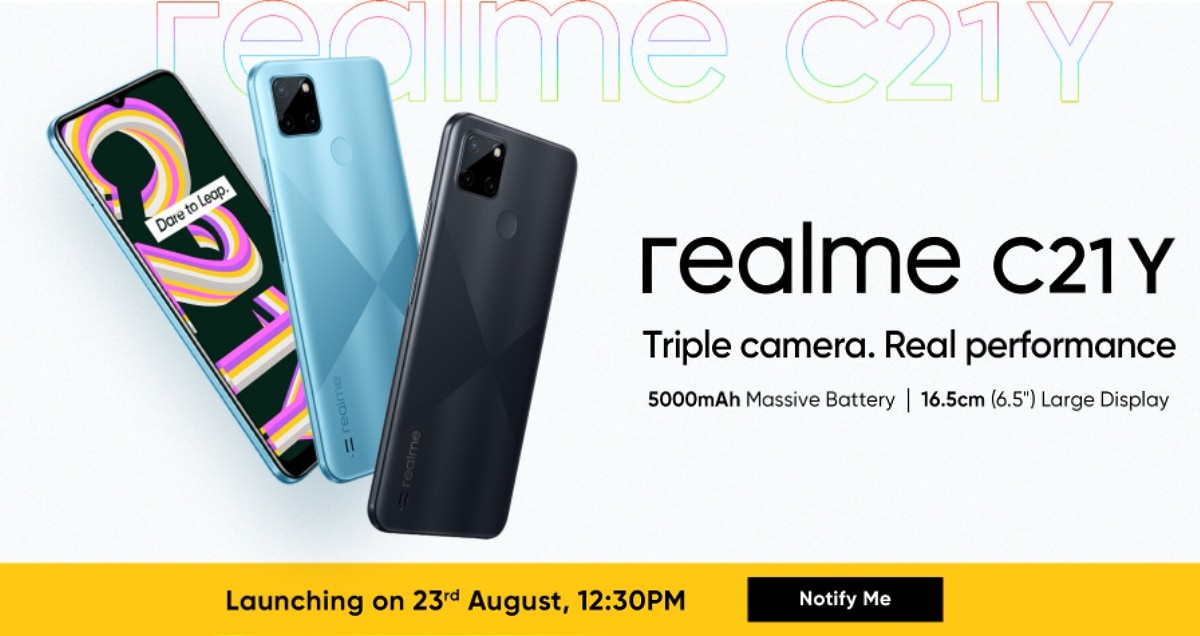 Realme C21Y is set to be launched on the Indian market, the company has confirmed. The launch date has been set for August 23rd and the reveal will take place on Realme.com. As a reminder, Realme C21Y was launched in Vietnam last month. It has a triple camera setup on the back with a 13-megapixel main camera and a 5-megapixel selfie camera. Realme C21Y is powered by the Unisoc T610 SoC. The smartphone has a 5,000 mAh battery. There is a fingerprint scanner on the back.

The company announced in a press release that Realme C21Y will be launched in India on August 23. The teaser page confirms that the phone comes in Cross Blue and Cross Black color options. It will likely be in the same price range as the Vietnam model. Realme C21Y costs VND 3,240,000 (approximately 10,500 rupees) in Vietnam for the 3GB + 32GB storage model and VND 3,710,000 (approximately 12,000 rupees) for the 4GB + 64GB model.

The Realme phone has a triple rear camera that includes a 13-megapixel primary sensor, a 2-megapixel black and white sensor, and a 2-megapixel macro shooter. There is a 5 megapixel selfie shooter on the front.

The Realme C21Y has a 5,000 mAh battery that supports reverse wired charging. For connectivity, the Realme C21Y has LTE, Wi-Fi, Bluetooth v5, GPS, a 3.5 mm headphone jack and a micro USB port for charging. There is also a fingerprint scanner on the back.