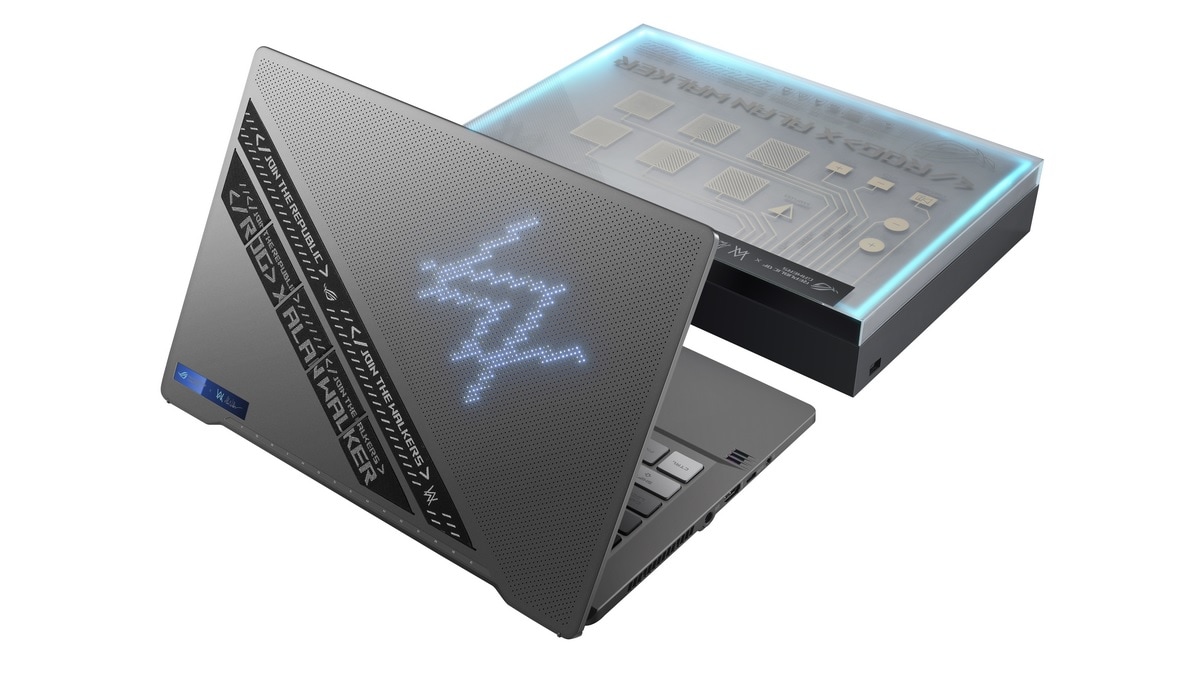 The Asus ROG Zephyrus G14 Alan Walker Special Edition laptop was launched in India and comes with a ROG Remix sampler. Asus partnered with acclaimed music artist Alan Walker to bring technology and music together. The laptop is powered by an AMD Ryzen 5000 CPU and an Nvidia GeForce RTX 30 GPU. It comes with a high refresh rate QHD display and has a unique, stylish design with the AniMe matrix LED array on the lid.

Asus ROG Zephyrus G14 Alan Walker Special Edition costs Rs. 1.49.990 and is available through the Asus ROG Store, Amazon, Reliance Digital, Croma and Vijay Sales. It comes in a gray color with accents of blue all over.

Working with Alan Walker has resulted in a special sampler called ROG Remix Sampler, which connects to the laptop with a single USB Type-C cable and has touch-sensitive controls. It can be used as an external mixer for your music as it is equipped with two low pass buttons, a play / pause button, speed controls, an effect toggle button and six effect switches. It also has RGB lighting all around. The laptop can also be stowed in the sampler.

The Asus ROG Zephyrus G14 Alan Walker Special Edition laptop has a backlit keyboard and a 76 Wh battery. Asus says it can last up to 10 hours on a single charge. It comes with AniMe matrix lighting, a matrix panel of LEDs on the lid that can display just about anything, including an equalizer for your music. The laptop measures 324 x 222 x 19.9 mm and weighs 1.7 kg.