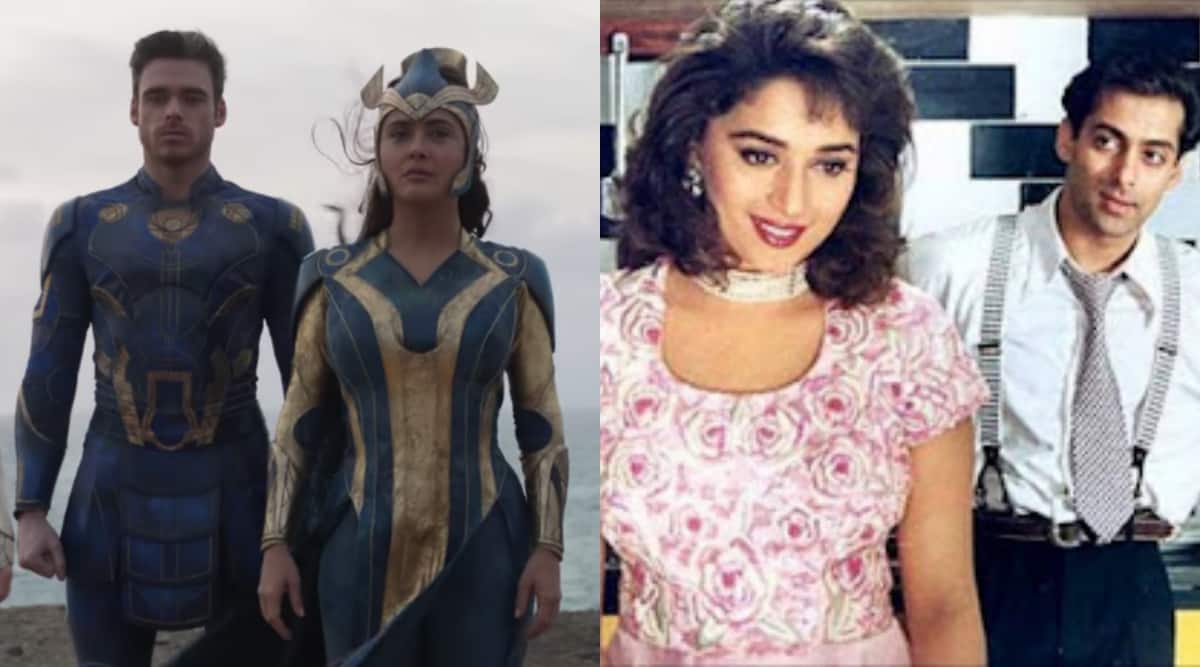 Since Marvel Studios released the Trailer for the ensemble superhero film Eternals, it got a lot of buzz on the internet. While people are looking forward to this visual spectacle, writer Varun Grover has made a keen observation of the movie’s background music. He recently tweeted about the theme music from Eternals, which was inspired by the melody of the Bollywood hit Hum Aapke Hain Koun …!

Varun wrote on Twitter: “The hook riff from ‘Pehla pehla pyaar hai’ has been reworked as theme music for Marvel’s ETERNALS?” The melody the author was referring to plays in the song “Pehla Pehla Pyar Hai” in the movie Hum Aapke Hain Koun. Salman Khan strumming on his guitar before dancing to the song with Madhuri Dixit.

When Varun shared his observation on social media, many others agreed with him. To the scriptwriter’s tweet, one of the users replied, “YES! I thought the same thing. “Another commented,” Hats off to your observation, brother 😅😅 I’ve just watched the trailer again and now I can’t ignore it. “One of Varun’s followers also mentioned” it’s a route, “said however, it was a “good observation.” And some only noticed the resemblance after Varun shared it. “Thank you very much! Now I can’t hear it anymore and the melody got stuck in my head! “