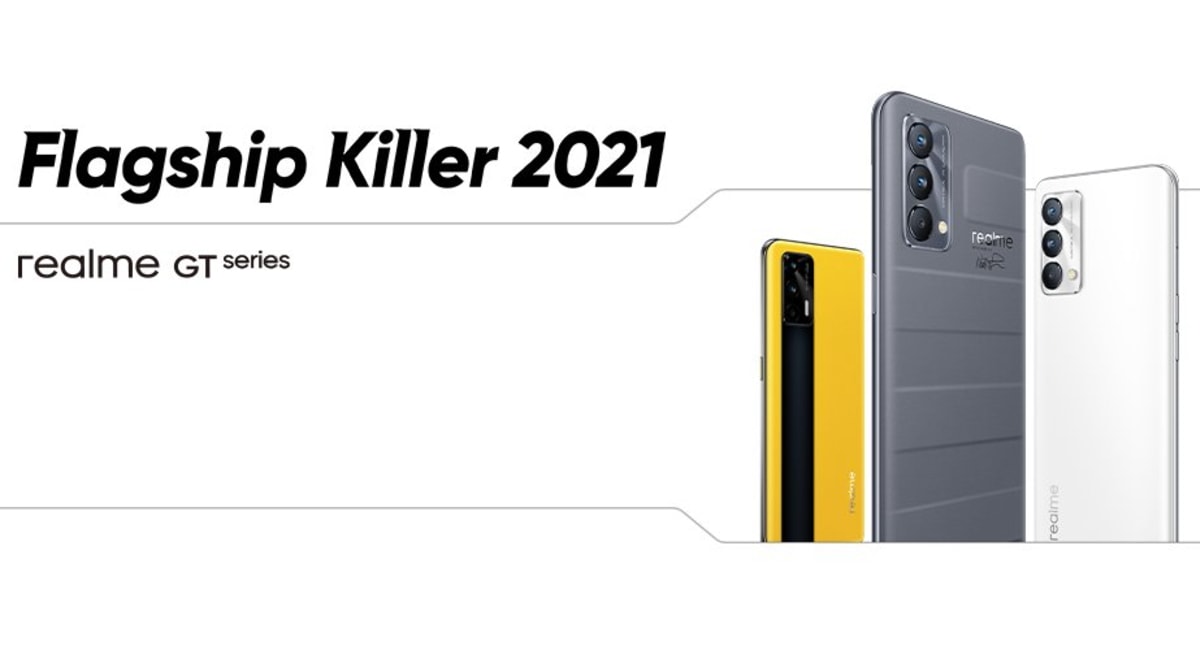 The Realme GT 5G, Realme GT Master Edition and Realme Book Slim will be unveiled in India at a virtual event scheduled at 12:30 p.m. today. The event will be broadcast live on Realme India’s channels on YouTube and Facebook. You can also watch the Realme launch livestream via the video embedded below.

In addition to the launch in India, Realme is hosting an event in China that will showcase the Realme Book, which could just be a renamed Realme Book Slim. The China event will also take place today at 3:00 p.m. CST Asia (12:30 p.m. IST).

The Realme Book Slim is said to be available for over Rs. 55,000 in India. An initial report suggested the laptop might start at the Rs. 40,000 price point.

The Realme GT 5G has a 6.43-inch Full HD + AMOLED display with a refresh rate of 120 Hz and a touch sampling rate of 360 Hz. The phone is powered by an octa-core Qualcomm Snapdragon 888 SoC , paired with up to 12 GB of RAM. It has a triple rear camera that houses a 64-megapixel Sony IMX682 primary sensor, as well as an 8-megapixel wide-angle shooter and a 2-megapixel macro shooter. You also get a 16-megapixel selfie camera sensor on the front.

Realme has provided the Realme GT 5G with up to 256 GB of onboard storage. The phone has connectivity options like 5G, 4G LTE, Wi-Fi 6 and a USB Type-C port. It contains a 4,500 mAh battery with 65 W fast charge support.

The Realme GT Master Edition has a 6.43 inch Full HD + Super AMOLED display with a refresh rate of 120 Hz and a touch sampling rate of 360 Hz. It contains an octa-core Qualcomm Snapdragon 778G SoC paired with up to 8 GB of RAM. The Realme GT Master Edition comes with a triple rear camera with a 64-megapixel primary sensor, plus an 8-megapixel ultra-wide shooter and a 2-megapixel macro shooter. It also houses a 32-megapixel selfie camera sensor on the front.

In terms of storage, the Realme GT Master Edition has up to 256GB of storage. The phone has a 4,300 mAh battery with support for 65 W fast charging.

The Realme Book Slim should be equipped with a 3: 2 display with 100 percent sRGB color space. There will likely be a cheaper Intel Core i3 model as well – alongside a regular one with an Intel Core i5 option. The laptop also has a Thunderbolt 4 port. In addition, the Realme Book Slim may have 16 GB of RAM and 512 GB of onboard storage. It could contain DTS audio and can deliver up to 11 hours of battery life on a single charge.