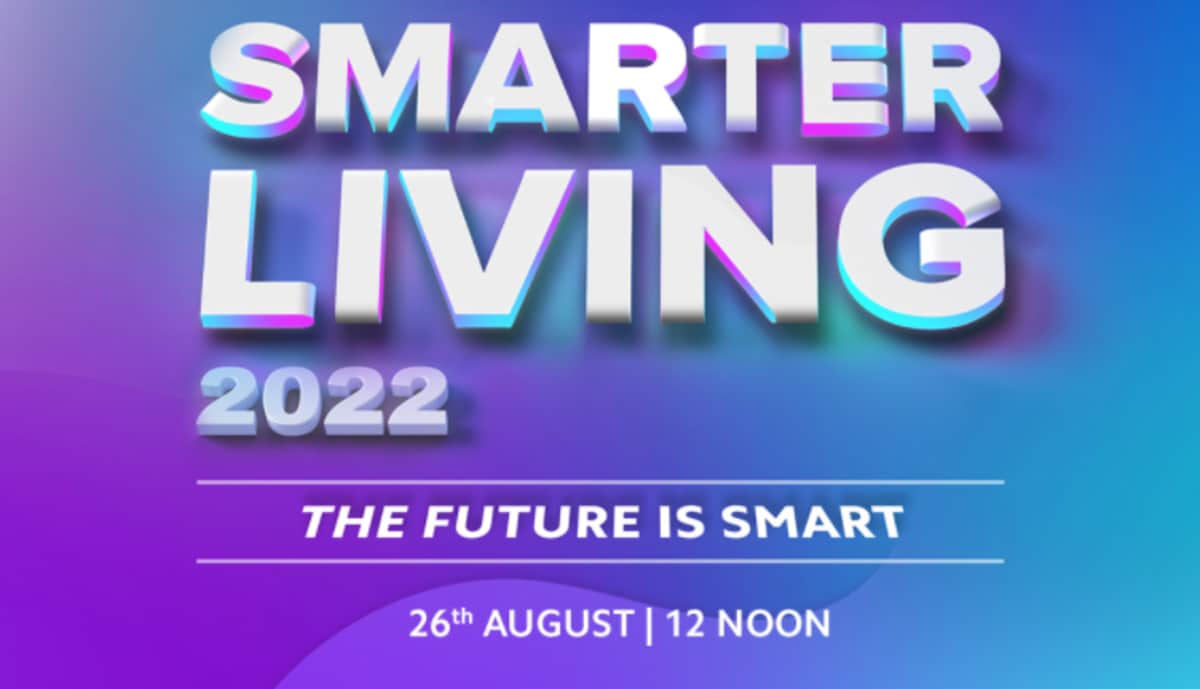 Xiaomi has announced its Smarter Living 2022 event. It will take place on August 26th at 12 noon. Teasers suggest the company may also introduce new TVs and a new Mi notebook. Xiaomi is also expected to launch new IoT products, although it remains a mystery what other products could be announced. The company recently announced the launch of a new Mi Notebook laptop with a backlit keyboard.

The company sent out emails to the media announcing the Smarter Living 2022 event on August 26th. It shared a poster that offered no clues as to the developments ahead, just announcing the date and the tagline “The Future Is Smart”.

Xiaomi has also published a special page on Mi.com asking users to register for the event. There’s a Notify Me button that went live and a quiz question will alert you of the arrival of a new Mi Notebook. The quiz question is, “Judge me by the cover and contents, because this new notebook is here to blow your mind!” The company recently unveiled a new Mi Notebook model with a backlit keyboard that is expected to be featured at the event.

The new Mi notebook model is supposed to integrate a webcam that was missing in previous models. In addition, Xiaomi India Chief Business Officer Raghu Reddy has also annoyed the arrival of eye protection on the upcoming Mi Notebook. The display is teased with TÜV LBL protection and DC dimming support.

In addition, Mi TV India retweeted the Smarter Living 2022 announcement tweet, which announced the arrival of new televisions in the Indian market. The company is expected to add new product launches to its Mi TV portfolio on August 26th. Xiaomi teases that “something big” is coming and proposes the introduction of a large-screen TV model.

Xiaomi will likely be addressing other products being launched at the Smarter Living 2022 event in the coming days to provide more clarity on the names and functions of the upcoming devices.