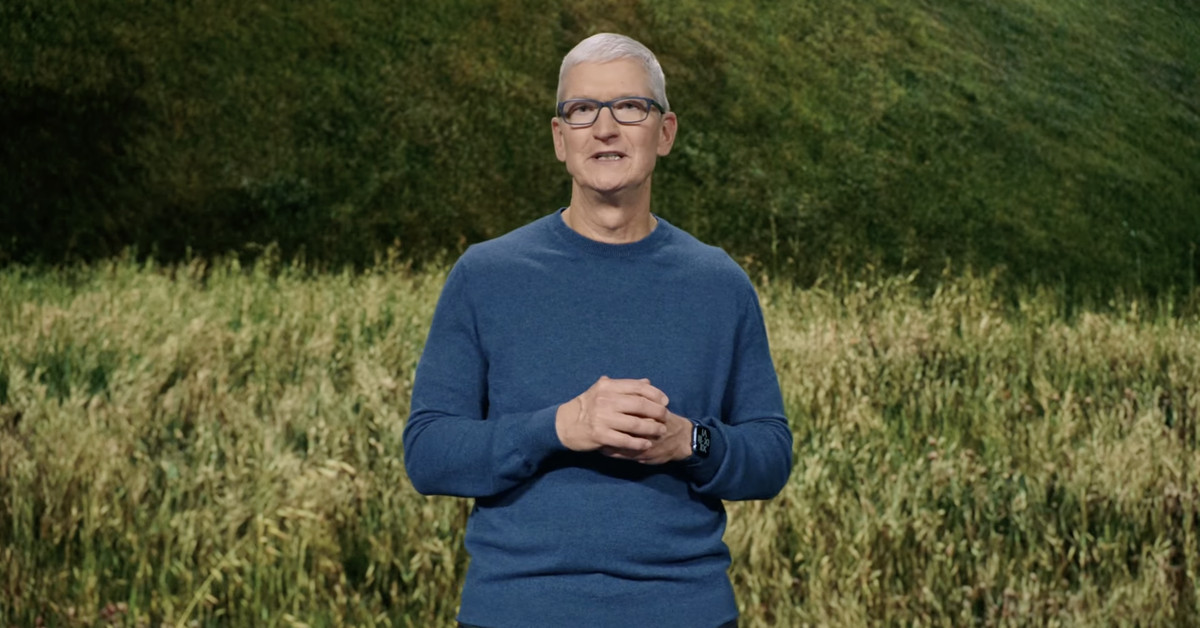 For many who follow the tech news closely, Apple’s event on Tuesday had some big surprises – not because there were totally unexpected announcements, but because we didn’t see things we really thought we’d get. Rumors that had had enough smoke in the past few years to be almost a matter of course stopped.

The Apple Watch has been rumored to be getting a complete redesign with flat edges and a flat panel display. We saw this design in renderings, allegedly leaked CAD files (which serve as a 3D blueprint for products), and even heard from noted Apple reporter Mark Gurman two days before the event that it was going to happen. While the Apple Watch that showed up on stage has some design tweaks, it doesn’t look what we expected.

The Series 7 has a refined version of the same design we’ve had for years.Picture: Apple

Another notable analyst, Ming-Chi Kuo, also reported days before the event that Apple would be unveiling a new set of AirPods that had been redesigned with shorter stems. The redesign of the wireless earbuds has also been rumored by Gurman for months, we’ve even seen alleged pictures of it, and some well-known publications wrote that Apple would start production of the headphones in August. With this rumor, however, it’s possible that the timing was just wrong and that Apple will be releasing them at an (of course!) Already rumored future event.

Gurman also suggested that the iPhone 13 could have an always-on display thanks to the (precisely rumored) LTPO display, which in theory allows for the low refresh rate needed not to ruin the phone’s battery. The always-on rumor was also supported by the well-known leaker Max Weinbach at the beginning of the year. Unfortunately, Apple has not announced this display function, which has been an integral part of Android phones for years.

The iPhone 13 Pro has a display that could activate Always-On, but the function is missing. Image: Apple

This time there was also just a general craze with rumors. Just weeks before the iPhone 13 was announced, Kuo wrote that it may have the ability to communicate with satellites so you can make calls or text messages without a cellular network. The next day, Bloomberg offered its own interpretation, saying that Apple was working on a satellite communications feature in case of emergency and that the iPhone 13 may have hardware for it, but likely no software. However, when the iPhone 13 spec page hit the Apple website, it didn’t contain any mention of the cellular bands that sparked the starry rumors in the first place.

Rumors have always needed a grain of salt, but this year seemed to have some big failures

Of course, rumors should always be treated with caution as anyone trading in them will almost certainly be dealing with incomplete information. Still, some of the big names like Kuo and Gurman get it right so often – the rumors of the iPad Mini redesign, iPhone high refresh rate display, and smaller notch came true, and we even saw the rumored movie camera mode. Such a success, and how accurate the rumors have been over the past few years, can make it easier to forget the weakness of the rumors – no matter how often people like Marques Brownlee remind us of them.

This is not to laugh at those who believed the rumors or who say there is no place for rumors in the run-up to events – it can be exciting to take a look at what’s next and wonder if we can get the new device pick up and how we use it.

PS Think about that moment when Apple announces something this fall that looks suspiciously like a Mac event. That’s not to say the redesigned 14- and 16-inch MacBook Pros don’t come with all the ports and processing power you’ve always wanted, but treating them as a safe bet could lead to real heartache to lead.