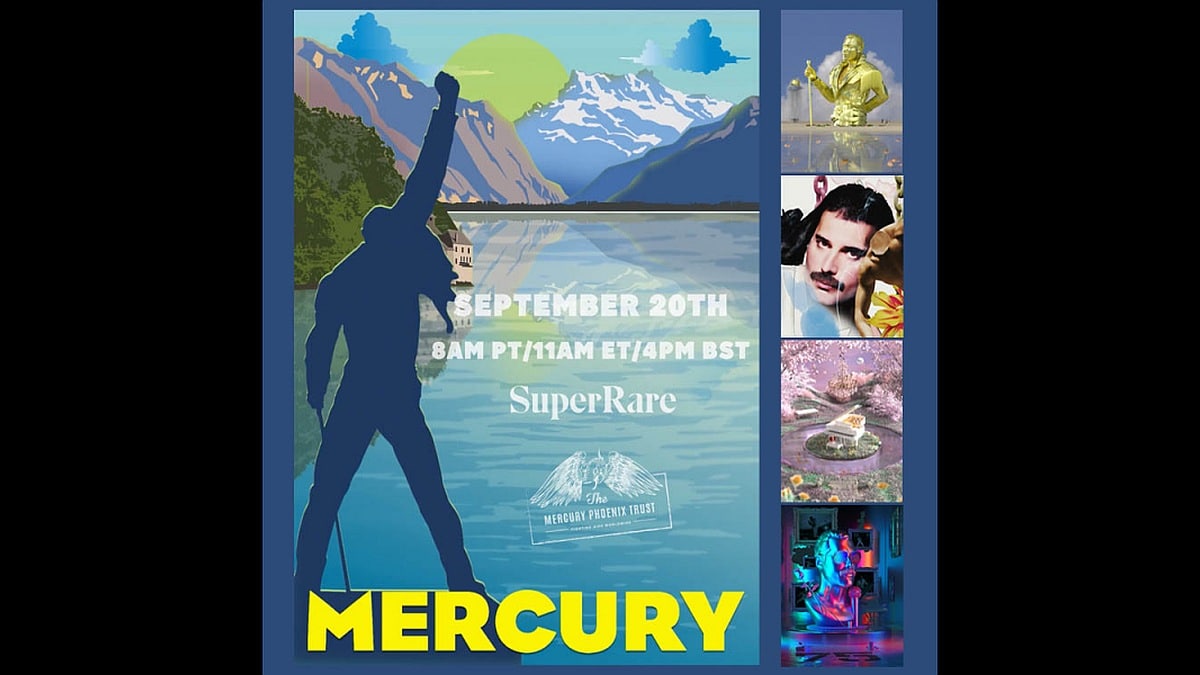 On the occasion of the 75th birthday of the late Freddie Mercury, British singer-songwriter of the legendary band Queen, four non-fungible tokens (NFT) works of art inspired by him will be auctioned for charity. Three of them depict Mercury while the fourth depicts a large white gold piano with a crown nearby. The piano is surrounded by a pond. The auction will be hosted by the Mercury Phoenix Trust on the SuperRare digital art marketplace, and the proceeds will go to a charitable mission to fight AIDS around the world. The auction will run for 75 hours from Tuesday.

Queen members Brian May and Roger Taylor and band manager Jim Beach founded the Mercury Phoenix Trust, an AIDS charity, in memory of Mercury. Mercury died in 1991 of AIDS-related pneumonia. On September 5th of this year he would have been 75 years old.

The NFT artworks sold by the artists in the timed auction will be made by the artists Blake Kathryn, Chad Knight, Mat Maitland and MBSJQ, organizers said in a statement.

The Trust shared a video description on YouTube of Kathryn, a Los Angeles-based visual artist who created the NFT grand piano. She says her parents introduced her to Queen. She said of Mercury that he had “such positive, charming energy” that people just attracted.

Freddie Mercury not only inspired generations with his extravagant personality, but was also known for his love of art. Before starting his musical career, he studied graphics and design and later became a collector of art and glass works. He said he owned one of the finest collections of ancient Japanese woodblock prints. When asked by Beach, the Queen’s manager, what to do with his legacy, Mercury said, “You can do whatever you want with my work, but never boring me.” This simple message was the brainchild of the four digital artists on the basis of which they should create NFT artworks and touch different aspects of the singer’s personality.

A huge craze has surrounded NFTs, which are digital assets of real-world images, videos, etc., with blockchain-based proof of ownership. The word “non-fungible” means that they are unique and cannot be duplicated.