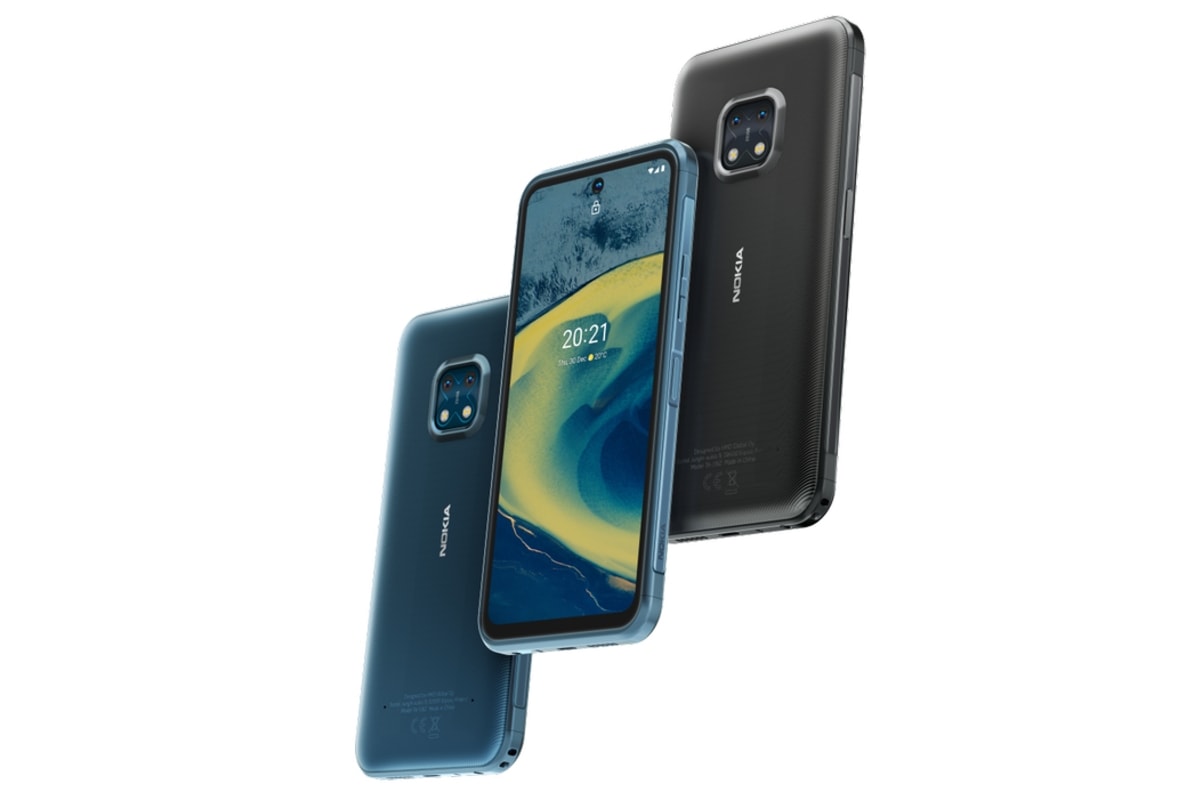 The Nokia XR20 is slated to hit the Indian market shortly. The licensee HMD Global has announced that the robust smartphone will be available for pre-order from October 20th. The Nokia XR20 was launched worldwide in July and is IP68 and MIL-STD810H certified. Under the hood is a Snapdragon 480 SoC, paired with up to 6 GB of RAM. The Nokia XR20’s 6.67-inch Full HD + display is equipped with Corning Gorilla Glass Victus protection and is designed to work with wet hands and gloves.

Nokia announced in a tweet that it will shortly launch the rugged Nokia XR20 smartphone in India. In a comment on the post, the company also announced that interested buyers will be able to pre-order the smartphone from October 20. A microsite is listed on the official website, but at the time of writing it only shows this text: “Sorry, the page you are looking for cannot be found”. However, another microsite celebrates the relationship between the Nokia XR20 and the latest James Bond movie – No Time To Die.

The European model of the Nokia XR20 runs on Android 11. It has a 6.67-inch Full HD + display (1,080 x 2,400 pixels) with an aspect ratio of 20: 9 and Corning Gorilla Glass Victus protection. The display is designed to work with wet hands and gloves. The robust smartphone is powered by a Qualcomm Snapdragon 480 SoC, paired with up to 6 GB of RAM.

For the optics, the Nokia XR20 has a dual rear-view camera setup with a 48-megapixel primary sensor and a 13-megapixel ultra-wide-angle sensor. Both sensors have ZEISS optics with pre-installed functions such as SpeedWarp mode and Action Cam mode. On the front, the phone gets an 8 megapixel selfie shooter.

The Nokia XR20 has an integrated memory of up to 128 GB and can be expanded with a microSD card (up to 512 GB). Connectivity options include 5G, 4G LTE, Wi-Fi 6, Bluetooth v5.1, GPS / A-GPS / NavIC, NFC, USB Type-C and a 3.5mm headphone jack. The built-in sensors include an accelerometer, ambient light sensor, barometer, gyroscope, magnetometer, proximity sensor, and a side-mounted fingerprint sensor.

HMD Global claims that the Nokia XR20 can withstand a 1.8 meter drop and survive underwater for up to an hour due to its MIL-STD810H certification. In addition, the rugged smartphone is also IP68 certified for dust and water resistance. It contains a 4,630 mAh battery with 18W wired and 15W wireless charging support. The Nokia XR20 measures 171.64 x 81.5 x 10.64 mm and weighs 248 grams.