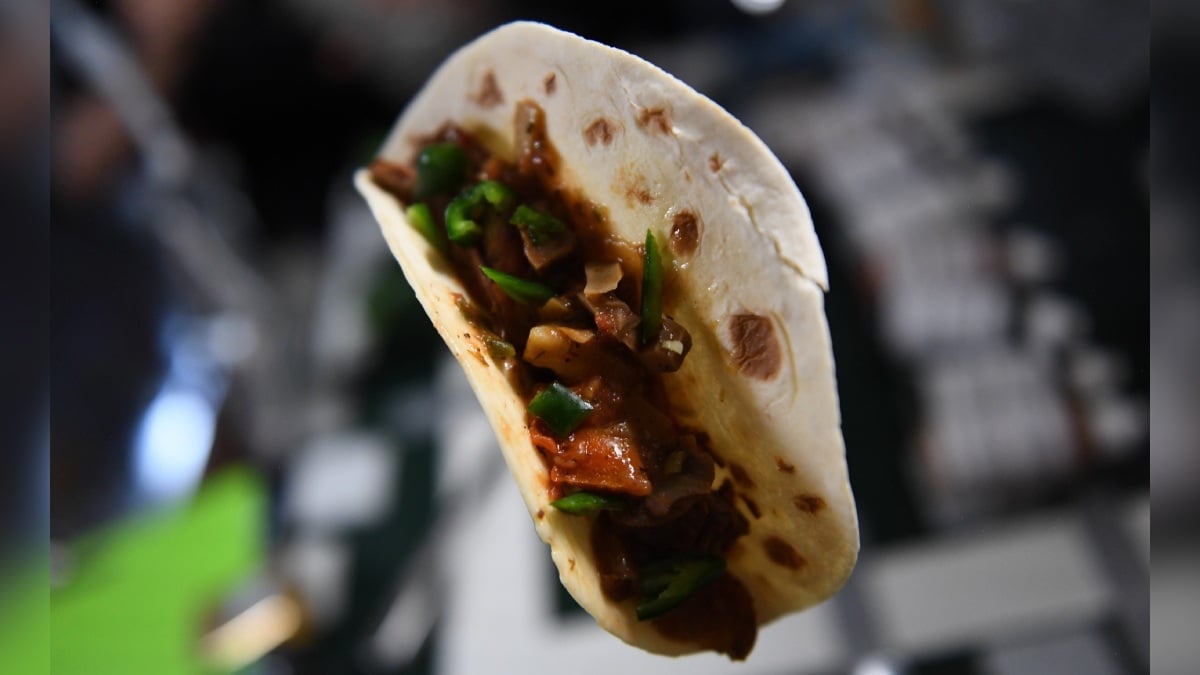 NASA’s International Space Station (ISS) saw its first harvest on October 29th. The agency shared a photo on Twitter and mentioned that the station’s first harvest was chili peppers. This harvest was part of an ISS experiment called the Plant Habitat-04 Study. Astronaut Megan McArthur, who is stationed on the ISS, has released another update on this achievement. The crew on board enjoyed some tacos thanks to the chili peppers they had harvested at the station. McArthur tweeted, “Friday Feasting. After the harvest we were allowed to try red and green chilli. Then we filled out surveys (must have the data). After all, I’ve made my best space tacos to date: fajita beef, rehydrated tomatoes, and artichokes, “and hatch chilli.”

The tweets triggered a lot of reactions on the microblogging platform. Users were impressed with the food grown in space. Many dropped questions about the process of growing food in space. Some even wondered how the filling in the tacos stayed intact in weightlessness.

Friday feast! After the harvest we were allowed to try red and green chilli. Then we filled out surveys (the data must be! 😁). After all, I made my best space tacos to date: fajita beef, rehydrated tomatoes and artichokes, and HATCH CHILE! https://t.co/pzvS5A6z5u pic.twitter.com/fJ8yLZuhZS

One such user (@ spidey87824157) asked to cook or put together a video for the tacos. He commented, “How do you even chop chilli without pieces floating away?”

Wow that looks delicious. Oh please, you have to do a cooking / assembly video, I mean, how do you do that in weightlessness? How do you even cut chilli without pieces floating away? (I imagine screams of pain as a bit of chili floats away and lands in the eye! ????)

Another user (@loneliestpickle) posted a fun GIF of a giant taco floating in space. The reaction was, “So what are you really saying is taco was out of this world?”

Other interesting comments poured in. One user (@Alexandrinian) claimed that chili peppers grown in space were being sold for a high price at auction. He made a funny foray into “gourmet art” and added, “It might even be worth enough money to renovate the whole station.”

Tinder brings second season of Swipe Night to 25 countries, including India Facebook will turn off the facial recognition system due to privacy concerns