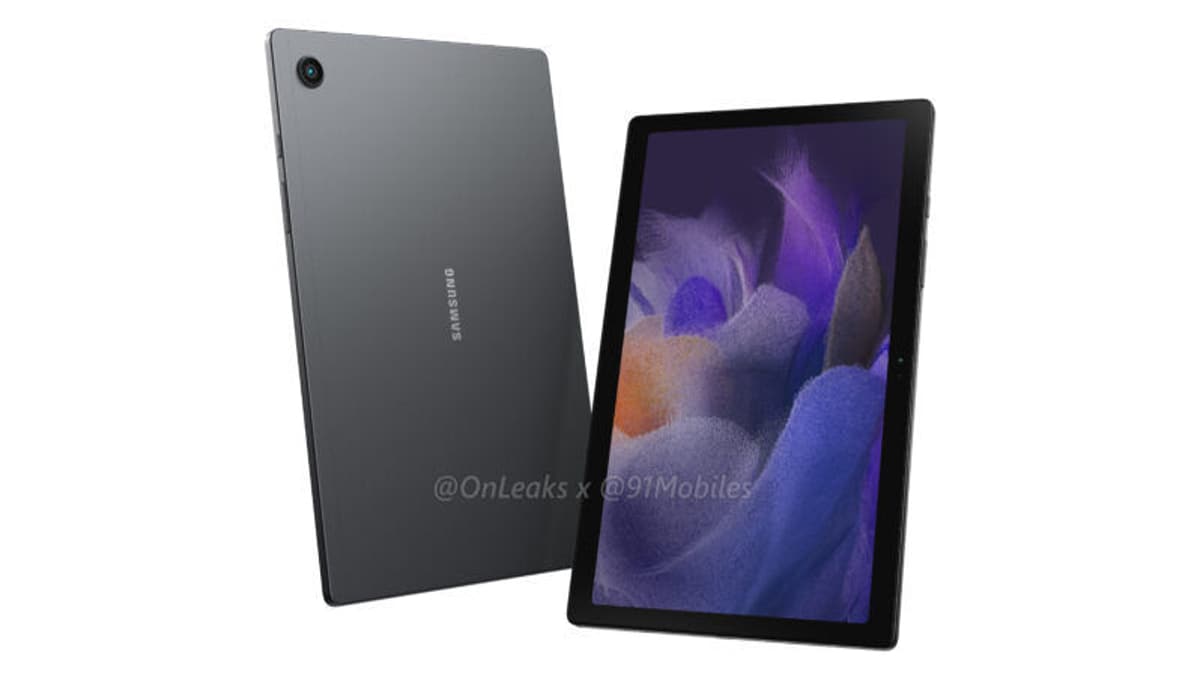 Samsung Galaxy Tab A8 has been spotted on Geekbench and Bluetooth SIG sites. The supposedly upcoming tablet is expected to be available in Wi-Fi and LTE models. The Geekbench listing gives tips that the tablet might be running the Unisoc processor and running Android 11 software. Renderings leaked in the past suggest the tablet will have significant bezels on all sides and a single rear camera. It will likely have a 7,040 mAh battery and an 8 megapixel rear camera.

The model number of the SM-X205 was also discovered on the Bluetooth SIG. The listing does not provide any information about the specifications of the tablet other than Bluetooth v5 connectivity. The listings suggest that a launch might be around the corner.

Samsung Galaxy Tab A8 renders specs previously leaked by 91Mobiles. According to reports, the tablet has a 10.4-inch Full HD + display. It’s likely equipped with an 8-megapixel main camera on the back and quad speakers that support Dolby Atmos. The tablet is said to have a 3.5 mm audio jack and a 7,040 mAh battery. The tablet is likely to measure 246.7 x 161.8 x 6.9 mm (the thickness can increase to 8.7 mm due to the rear camera). As mentioned earlier, there will likely be a WiFi model and an LTE model of the Samsung Galaxy Tab A8.

It should be noted that Samsung has not yet officially announced the arrival of the Galaxy Tab A8.