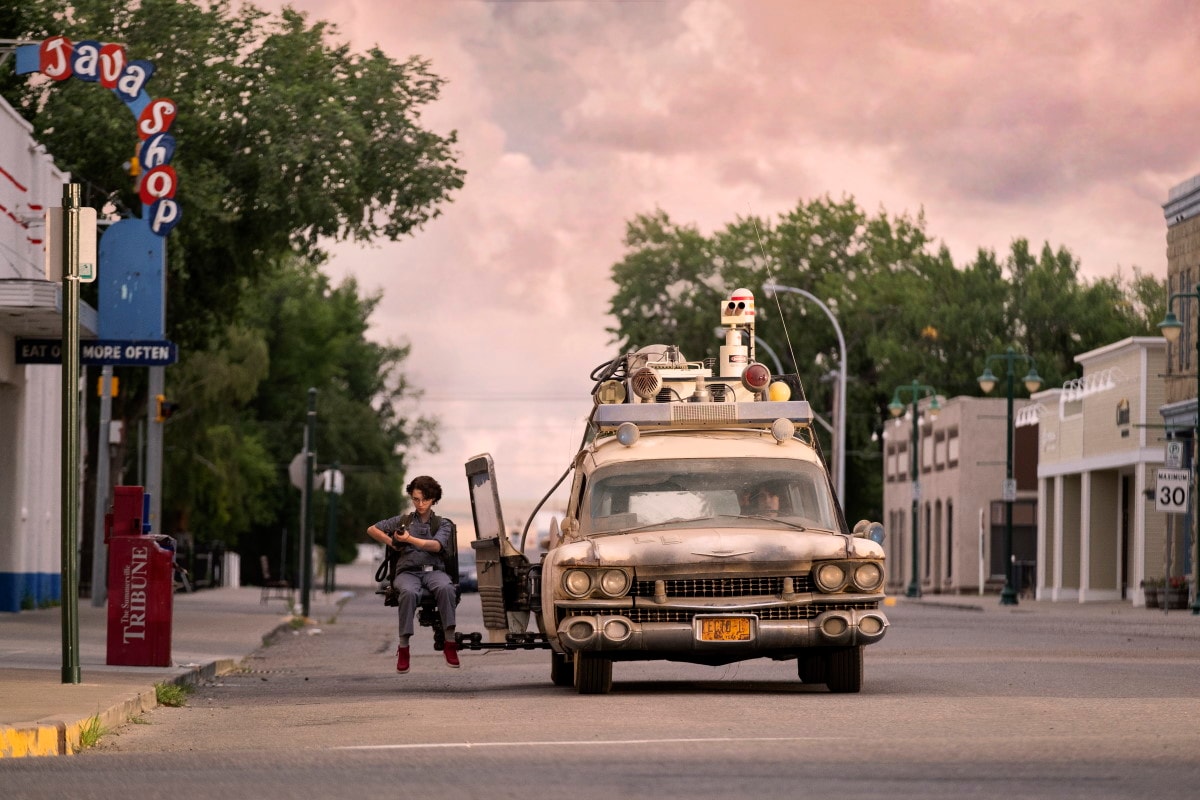 “I remember ‘Revelations’. And I saw how he opened the sixth seal. There was a big earthquake. Judgment Day “, a Bible quote introduces the last trailer of Ghostbusters: Afterlife. Meanwhile, new footage shows us how Paul Rudd’s teacher character Chad Grooberson taps a ghost trap hanging from some jump cables. Large beasts emerge from a cave in the ground, and one chases Grooberson through a clothing store. When a mysterious orange cloud shoots lightning bolts into a mountain below, Callie (Carrie Coon) – daughter of the late Dr. Egon Spengler – appalled too.

Elsewhere, the phone rings at Ray’s Occult. Callie’s daughter Phoebe (Mckenna Grace) says, “I’ll call what happened in New York.” As someone says, “There hasn’t been a ghost sighting in 30 years,” Grooberson is greeted by (tiny) Stay-Puft Marshmallow Men in the supermarket. The small town of Summerville will soon be invaded by all sorts of ghosts and ghosts, some even spawning zombies. This forces the children, including Phoebe and her brother Trevor (Finn Wolfhard), to take action – with the proton packets and the famous station wagon known as the Ectomobile.

Ghostbusters: Afterlife will be released in theaters in India and around the world on November 19th, after a long delay due to the ongoing COVID-19 pandemic.