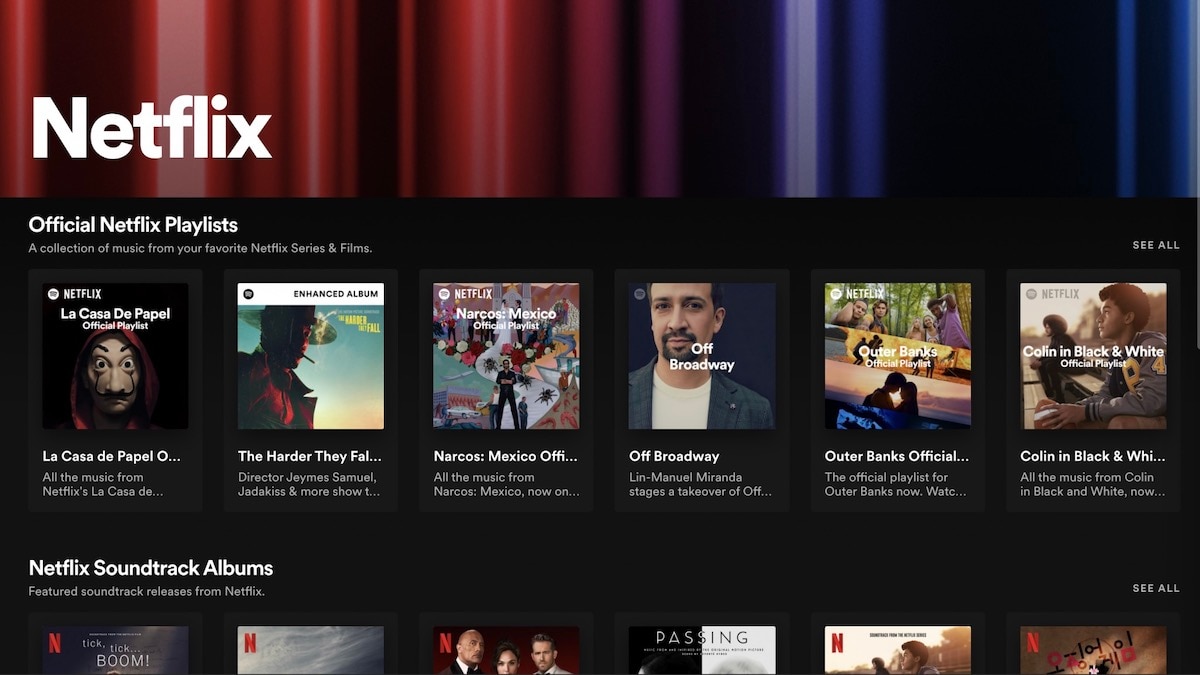 Music streaming platform Spotify Technology announced on Tuesday that it had launched a new hub where fans can listen to all of the official soundtracks, playlists and podcasts for the Netflix shows.

The Netflix Hub, as the companies are calling the new feature, will contain playlists from hit shows like Money Heist and Bridgerton, as well as the official soundtrack from shows like Squid Game. It can be accessed by both free and premium listeners.

The hub would also contain Netflix-linked podcasts, including Okay, Netflix Is A Daily Joke and The Crown: The Official Podcast, the Swedish company said in a blog post.

Spotify, which saw a surge in premium subscribers in the third quarter, benefited from the pandemic as people turned to its music platform for entertainment. But with growing competition from Apple Music and Amazon Music, Spotify is considering introducing new features to attract more subscribers.

In early 2019, it had also worked with Disney to create the Disney Hub.

According to Spotify, subscribers in the US, Canada, Australia, New Zealand, the UK, Ireland and India will have access to the hub.