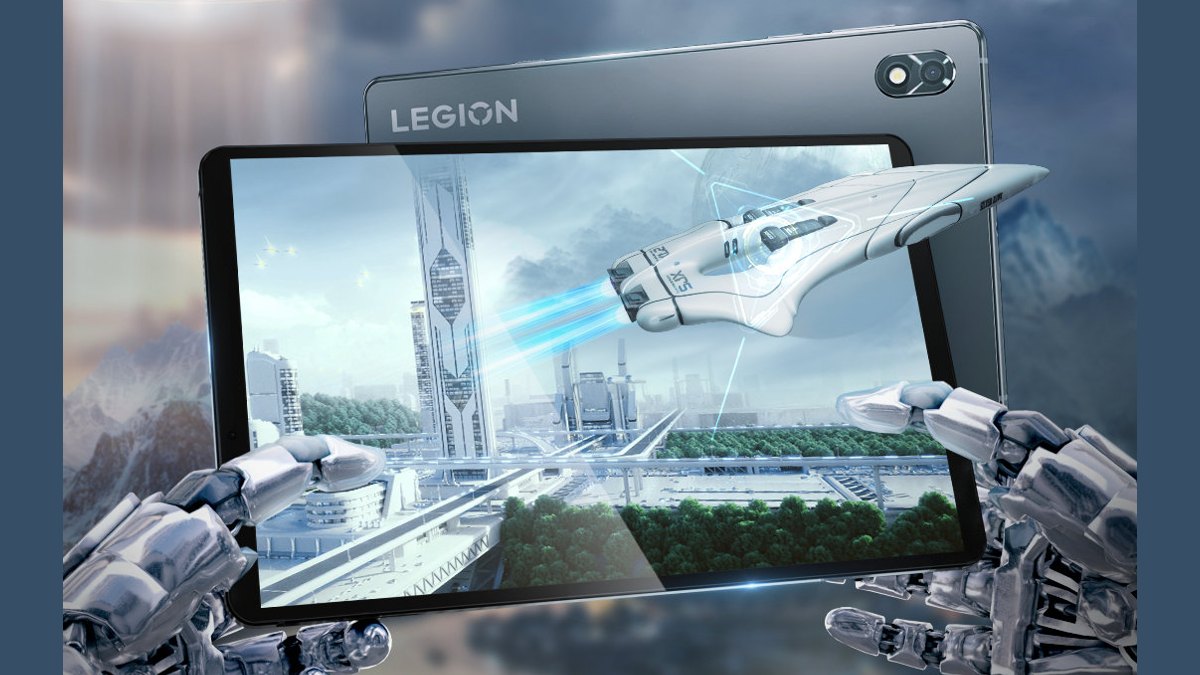 With the Lenovo Legion Y700, Lenovo has introduced a new gaming tablet for the Chinese market. The tablet seems to be aimed at mobile gamers who are looking for a screen larger than that of gaming smartphones. The company has not announced a launch date for the tablet and has yet to release the full specs of the device as well. The Lenovo Legion Y700 has an 8.8-inch display with high refresh and touch sampling rates. The display has a resolution of 2,560 x 1,600 pixels.

Lenovo visited Weibo to introduce the Legion Y700 gaming tablet. Its 8.8-inch display has a refresh rate of 120 Hz and supports 100 percent DCI-P3 color space. The display also has a touch sampling rate of 240 Hz for low input lag. The tablet has somewhat thick bezels held horizontally, which should ensure a comfortable grip when gaming. The reveal shows the Legion Y700 with a single camera sensor on the back with an LED flash. The back wall appears to have a brushed metal design.

A recent report from ITHome claims that live photos of the Lenovo Legion Y700 surfaced on Weibo to suggest JBL speakers on the tablet enhanced by Dolby Atmos and Dolby Vision technologies. Further specifications and functions of the new Lenovo gaming tablet as well as the sale date and the price will be announced.

The company unveiled the Lenovo Tab 6 5G in October, which is expected to be released early next year. It is equipped with a 10.3-inch TFT display with a resolution of 1,200 x 1,920 pixels. It is powered by the Snapdragon 690 5G SoC. The tablet has 4 GB of RAM and 64 GB of onboard storage (expandable up to 1 TB). It is equipped with an 8-megapixel camera on the back and an 8-megapixel selfie shooter. Lenovo Tab 6 5G is packed with kid-friendly features like “Kids Space” for preschoolers and a “learning mode” for elementary school students. It also comes with Google Family Link so parents can monitor their children’s activities on the tablet.