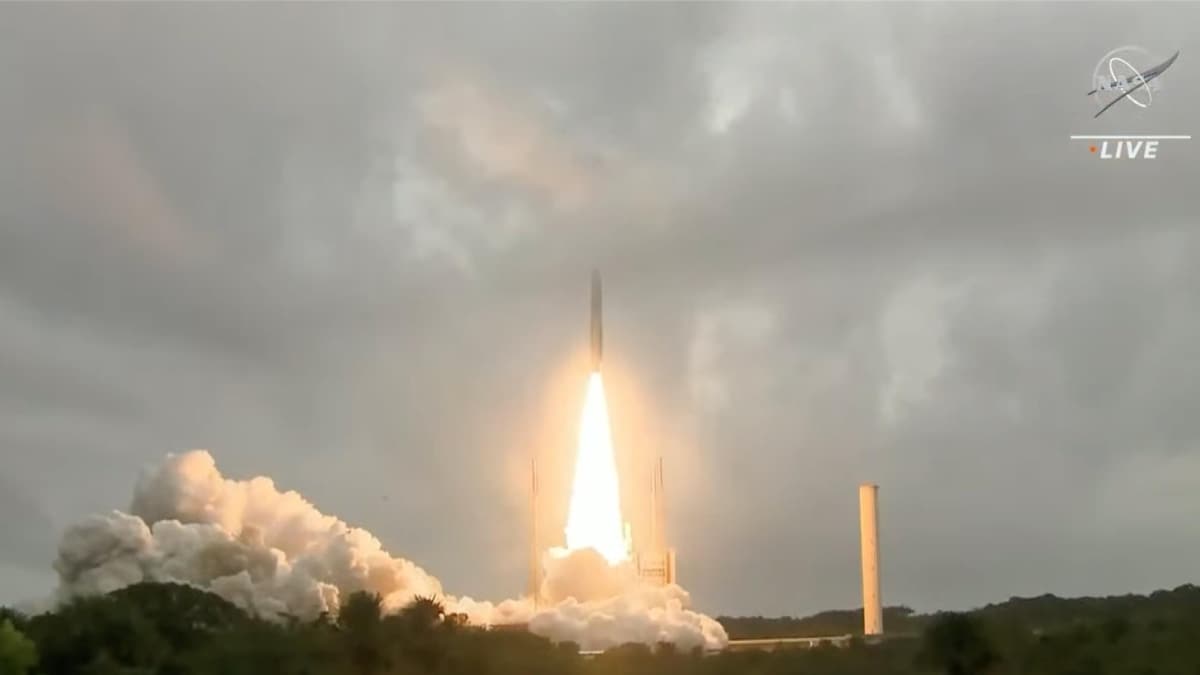 NASA’s James Webb Space Telescope, launched on Christmas Day, began its first mid-course correction on December 25 at 7:50 p.m. EST. This combustion is one of two time-critical milestones, the first being the provision of solar cells shortly after their introduction. The 65 minute incineration was successfully completed. It helped adjust the space telescope’s trajectory towards the second Lagrange point, often known as L2. On December 25th, the largest space telescope ever built was launched from the Guiana Spaceport in Kourou, French Guiana, to a great roar.

NASA even streamed the flight of the telescope live and broadcast the launch on various social media channels. To reach its orbit, the James Webb Space Telescope must perform its own mid-course thrust correction operations after launch.

In a tweet on its official handle, the NASA Webb Telescope, the agency stated that the incineration was a “success” adding that it “helped fine-tune Webb’s trajectory towards its orbit around the second Lagrange point” which is located at about 1.5 million kilometers from Earth.

In a subsequent tweet, NASA also stated that “Webb will orbit the sun in line with the earth so its sun visor can protect the telescope from light and heat”.

The James Webb Space Telescope’s channel also shared a short animation of the telescope’s orbit as seen from the Sun’s North Pole on its official YouTube channel. The description states that the telescope “will not be in orbit around Earth like the Hubble Space Telescope is – it will actually orbit the sun”. It added what was so special about the second Lagrange point, or L2. “This keeps the telescope in line with the earth as it moves around the sun.”

According to a blog post by the James Webb Space Telescope, if the telescope gets too much thrust, “it cannot turn around to move back to Earth because that would expose its telescope optics and structure directly to the sun, overheating it, and science to the Would bring demolition “. Mission before it can even begin. ”The blog post also added that after this burn,“ no major milestones are time sensitive ”.

On December 26th, the James Webb team also announced an update on the telescope’s gimbal antenna assembly. “This antenna is used to send down at least 28.6 GB of data from the observatory twice a day,” said a tweet.

Our team has just deployed the gimbal antenna assembly that contains Webb’s high data rate antenna dish. This antenna is used to send at least 28.6 GB of data down from the observatory twice a day: https://t.co/4vKcbjbKJO pic.twitter.com/zFjhF3yLzY