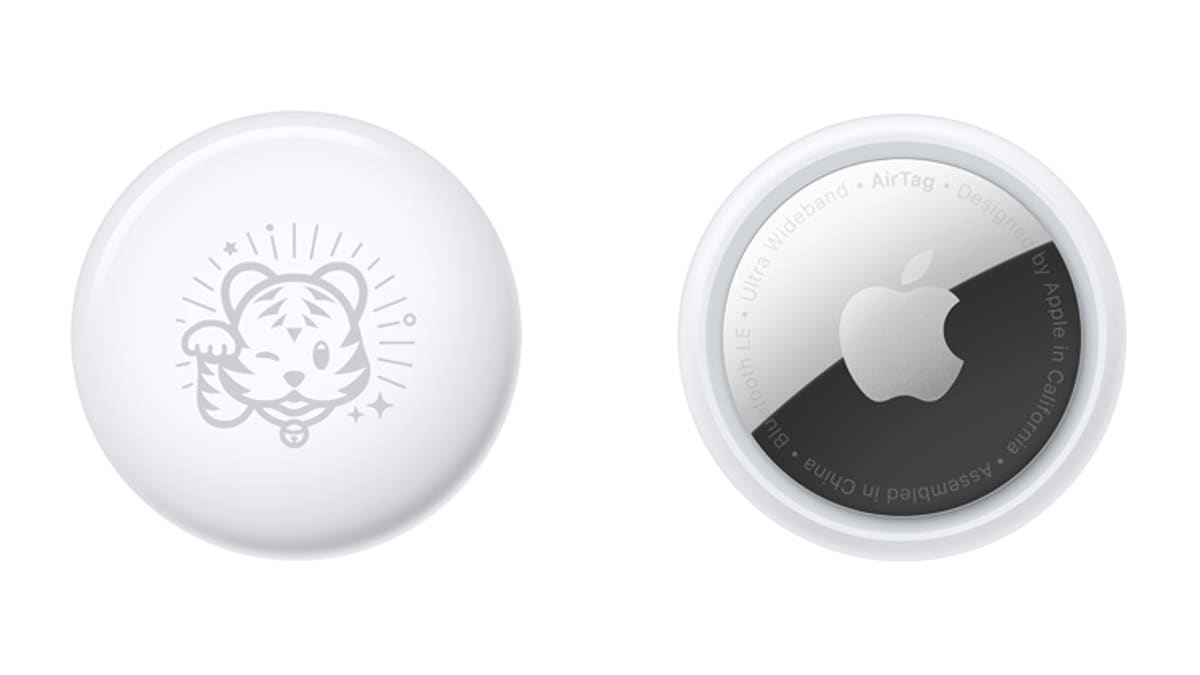 Apple has introduced a limited edition AirTag that will run between the 2. The limited version will include a special tiger emoji as 2022 is considered the year of the tiger in the country. In addition to the new AirTag, Apple has announced the launch of its special edition Beats Studio Buds, which also pays tribute to the Tiger year and has a completely red design with tiger print accents in gold.

Customers who buy the iPhone 12, iPhone 12 mini and iPhone SE (2020) in Japan between January 2nd and 3rd have the chance to receive the limited edition AirTag with the tiger emoji, Apple announced at a special offer page on his website.

The Cupertino-based company will also be offering an Apple Gift Card worth up to JPY 24,000 (approximately Rs.15,700) to customers who purchase a 13-inch MacBook Air, MacBook Pro, Mac mini, and 27-inch iMac in Japan .

Customers who purchase the iPhone 12, iPhone 12 mini, and iPhone SE are also eligible for an Apple Gift Card worth JPY 6,000 (approximately Rs. 3,900).

In addition, Beats Studio 3 Wireless, Solo 3 Wireless headphones and Apple TV, as well as accessories such as Apple Pencil (2 3,900).

In addition to the limited AirTag and Apple Card offers, Apple’s Beats has unveiled the Beats Studio Buds special edition to celebrate the Lunar New Year and portray the theme of the Year of the Tiger.

The limited edition Beats Studio Buds will feature the new all-red design with gold tiger print accents. The earbuds will be available for purchase in selected markets from January 1, the company said in an Instagram post.

Details on the pricing of the new Beats Studio Buds will be announced. However, the earbuds are likely to be about the same price as the regular Beats Studio Buds, which are currently available on Apple’s US website for $ 119.99.