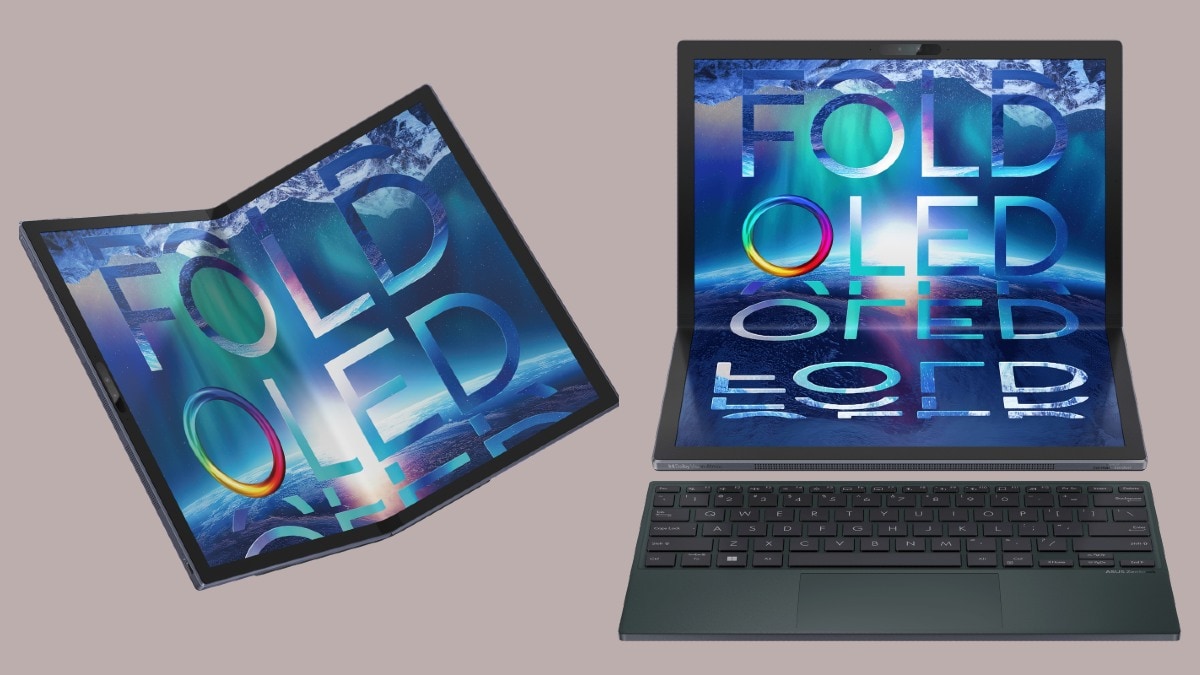 The foldable Asus Zenbook 17 Fold OLED and Zenbook 14X OLED Space Edition laptops were introduced at CES 2022. The Asus Zenbook 17 Fold OLED consists of a large 17.3-inch display that can be folded into a 12.5-inch display. Asus says the hinge has been tested for durability for 30,000 cycles. The machine is powered by a 12th generation Intel Core i7 U series processor. The other offering from Asus is the Zenbook 14X OLED Space Edition, which was launched on the occasion of the 25th anniversary of the first Asus laptop sent into space. It has a 3.5-inch secondary display on the lid.

The Asus Zenbook 17 Fold OLED is equipped with a foldable 17.3-inch OLED display with a resolution of 2,560 x 1,920 pixels, 500 nits of peak brightness and a response time of 0.2 ms. Asus says the Vesa-certified touchscreen display has a 4: 3 aspect ratio and can be used in both laptop, PC, tablet and book mode. Users can also work on multiple screens using the ScreenXpert feature. The 17.3-inch screen can be folded up to form a 12.5-inch screen with 1,920 x 1,280 pixels and an aspect ratio of 3: 2.

It can be paired with the ErgoSense Bluetooth keyboard in PC mode. The Asus Zenbook 17 Fold OLED comes with a Harman Kardon certified Dolby Atmos audio system with four speakers. There’s a smart amplifier out there that is designed to maximize volume up to 3.5x louder than a standard amplifier, the company claims. Asus says the distortion-suppressing two-channel smart amplifier is equipped with a DSP chip that also prevents long-term damage to the sensitive speaker voice coils.

“The ClearVoice Mic function in the MyASUS app filters out ambient noise and normalizes all individual voices in multi-presenter mode from different positions for optimal quality of group conferences,” says Asus. The foldable laptop has a 5 megapixel web camera with IR functionality to support Windows Hello.

The Asus Zenbook 14X OLED laptop is powered by an Intel Core i9 (12900H) processor of the 12. The laptop is equipped with 32 GB LPDDR5 RAM and 1 TB M.2 NVMe PCIe 4.0 Performance SSD on board. According to Asus, the laptop meets the US military standard MIL-STD 810H.

Asus also released the Asus ROG Rapture GT-AXE16000, which it claims is the world’s first quad-band – 2.4 GHz, two 5 GHz bands, and 6 GHz – Wi-Fi 6E gaming router . It has a flagship WLAN chipset and a CPU from Broadcom for “accelerated data transfers and an optimized gaming experience”. The router also features Asus RF technology along with RangeBoost Plus for improved wireless signal range. The connectivity options of the Rapture GT-AXE16000 include two 10 Gbps ports, one 2.5 Gbps WAN port, and four 1 Gbps LAN ports.