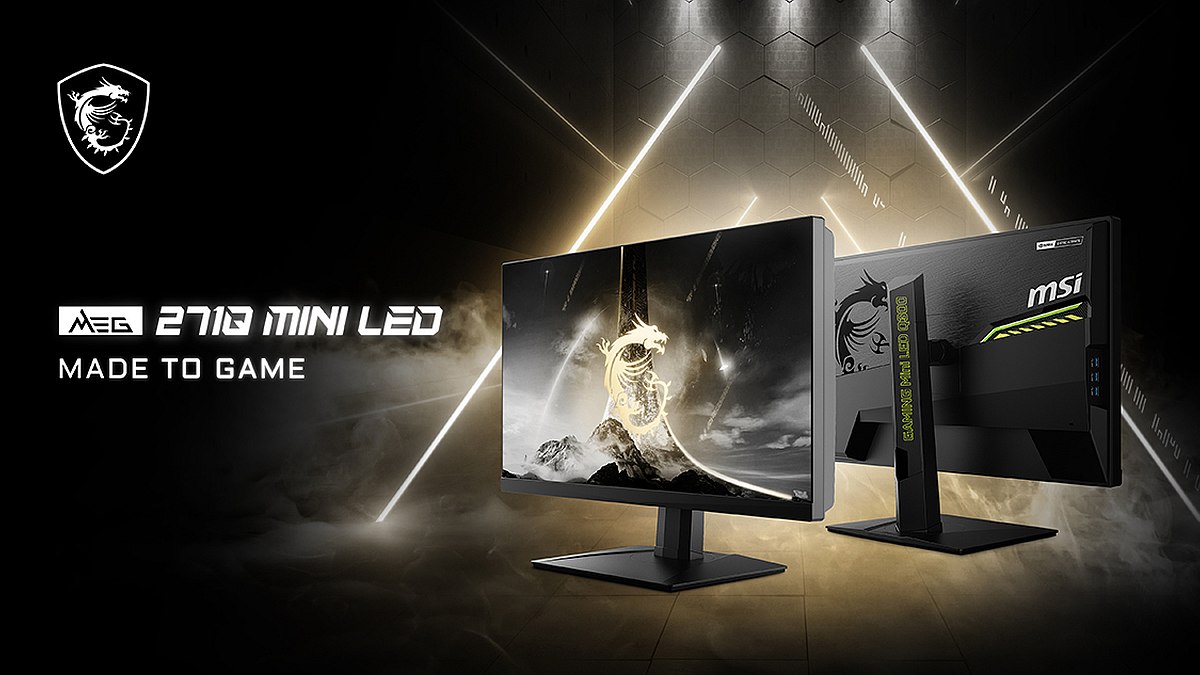 The MSI MEG 271Q gaming monitor was announced by the company at CES 2022. The new monitor has a mini LED backlight with local dimming, a response time of 1 ms and a refresh rate of 300 Hz. The new mini LED monitor comes with Nvidia’s G-Sync Ultimate technology, which is also available on monitors from AOC, Asus, and ViewSonic, which were unveiled at CES this year. These new gaming monitors are aimed at esports gamers who pay attention to high refresh rates and fast response times.

MSI has not yet announced the pricing of the newly announced MSI MEG 271Q gaming monitor, as well as availability in the US and other markets, including India.

The new MSI MEG 271Q gaming monitor is equipped with a 27 inch WQHD (2,560 x 1,440 pixels) LCD panel with over 1000 mini LEDs on the backlight unit. According to the company, the monitor comes with local dimming support and MSI’s patented backlight control technology. The MSI MEG 271Q features the company’s Rapid IPS panel technology, which is designed to reduce motion blur when gaming.

Thanks to powerful new graphics cards from Nvidia (like the newer RTX 30 series), esports gamers can now play their favorite titles in 1440p resolution and high refresh rates instead of being limited to 1080p. According to MSI, the 27-inch WQHD resolution offers 32.9 percent more pixels per inch than a normal Full HD monitor. The MSI MEG 271Q also supports the Nvidia Reflex Analyzer which can show latency and input delay so users can solve problems for optimal gameplay.

The MSI MEG 271Q comes with Nvidia G-Sync Ultimate support, which offers a variable refresh rate from 0 Hz to 300 Hz, while the monitor offers a response time of 1 ms. According to the company, the new gaming monitor MSI MEG 271Q offers DCI: P3 coverage of 97 percent. The gaming monitor is also VESA DisplayHDR 1000 certified for improved color display and details, high-contrast HDR and better local dimming.