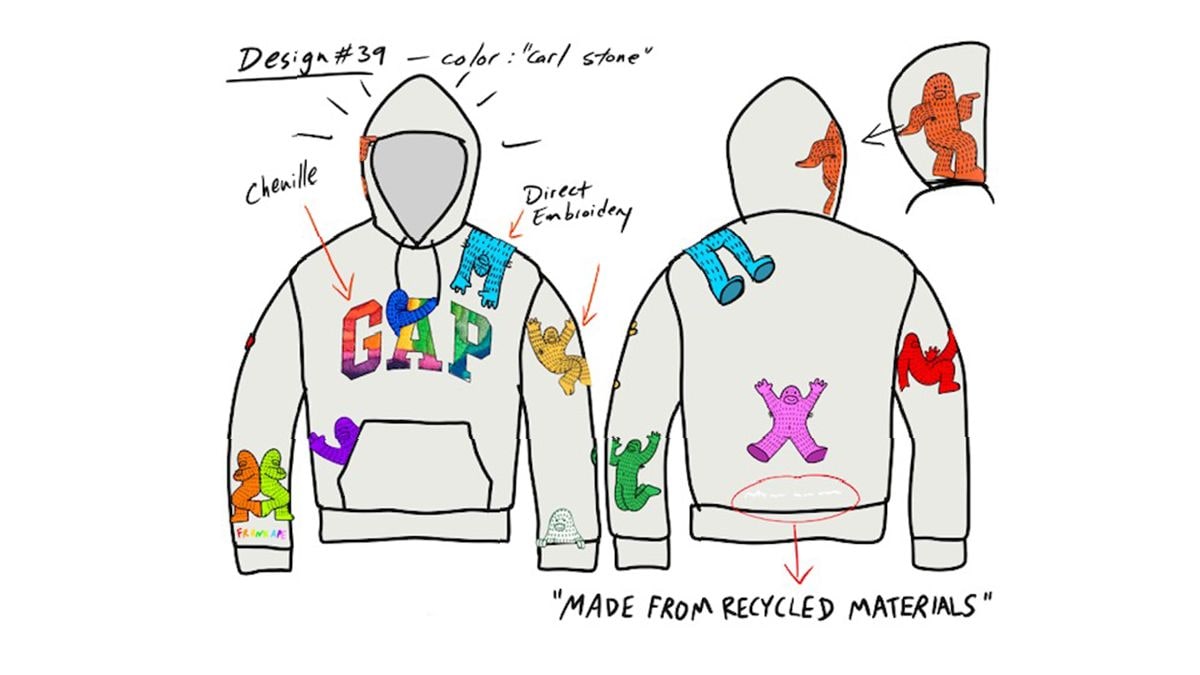 Gap, the global apparel brand, is taking its first foray into the world of non-fungible tokens (NFTs) through a collaboration with New York-based artist Brandon Sines and the open source blockchain platform Tezos. Sines, the brain behind the cartoon Frank Ape, helped create the collection based on Gap’s signature hoodie. The digital collectibles are available in four tiers, depending on price and availability: common, rare, epic and unique. Buyers of the Epic NFTs will also receive an exclusive physical Gap x Frank Ape Hoodie, while ordinary, rare NFT buyers will have the option to “unlock” an Epic NFT.

Epic NFT buyers will also receive an exclusive physical Gap x Frank Ape Hoodie, and Gap Threads will have a gamification model that allows collectors of the common and rare NFTs to purchase a rarity epic NFT.

This will work in such a way that customers will have to complete a collection of four common and two rare NFTs to create a “commemorative NFT,” which will then “unlock access to purchase a limited edition Epic NFT,” according to an announcement by Gap . Customers who purchase an epic NFT can claim the physical hoodie that Brandon Sines co-designed, the announcement said.

While this is Gap’s first foray into the NFT space, it may not be the last. In a press release, the company wrote that it “wants to learn more about how its customers want to get involved in a digitally led world”. The global clothing retailer also currently has a creative partnership with Kanye West, which has just aired its first TV ad.

Gap chose to partner with Tezos also because of the platform’s emphasis on a low carbon footprint. Crypto formats like NFTs have caused an outcry lately for generating high emissions, which means that Gap could protect itself from setbacks by focusing on energy efficiency.