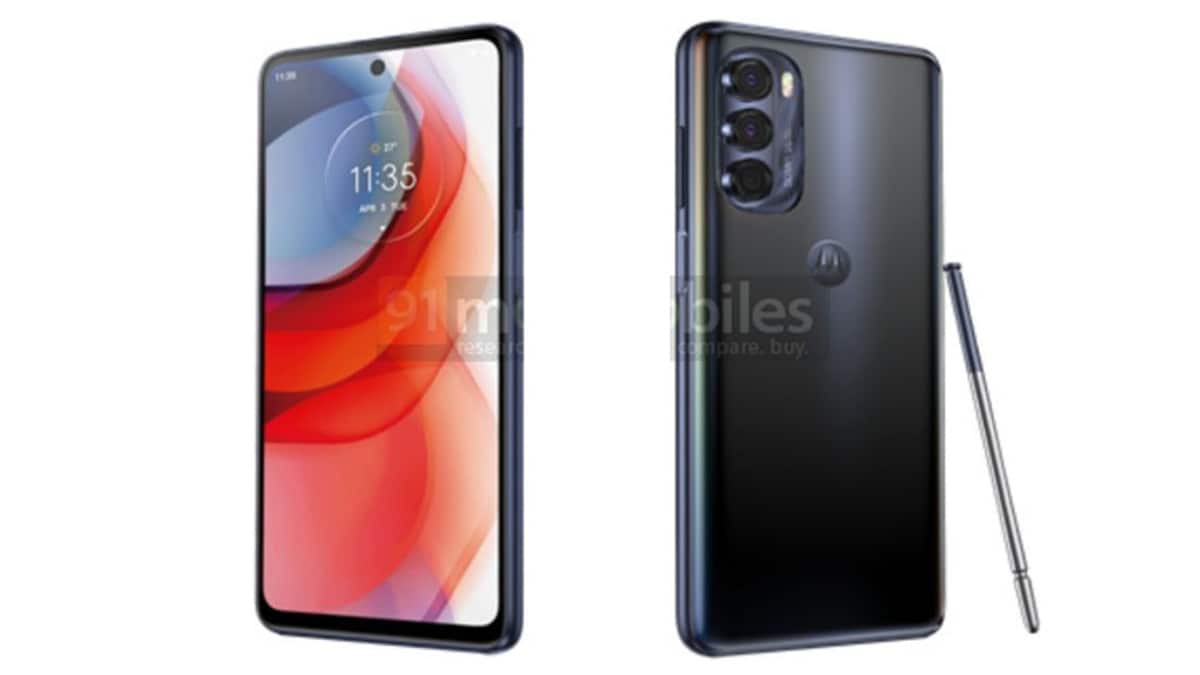 Moto G Stylus (2022) alleged renders have been leaked, suggesting the phone might come with a triple rear camera and a hole-punch cutout on the display for the front camera. According to a report, the phone will have a gold color option and a side-mounted fingerprint sensor. The renderings of the smartphone have already leaked twice, but in different color variants. The price and specifications of the purported handset have also been given in some previous reports.

According to a report by 91Mobiles, the Moto G Stylus (2022) will be equipped with a center-aligned hole punch cutout on the display with a thick lower frame. While the volume rocker and the power button with integrated fingerprint sensor are on the right back, the SIM compartment is on the left. On the back there is a rectangular module with three cameras and an LED flash, as well as a Moto logo. The USB Type-C port, speaker grille, and pen shell are located on the bottom of the Motorola phone.

Previously, two rendering sets of the Moto G Stylus (2022) had appeared on the Internet. One was shared by 91Mobiles and the other was shared by tipster Steve Hemmerstoffer (@OnLeaks) working with Prepp. Both sets showed the same positioning of the connections, sensors and cutouts.

The aforementioned Prepp report claimed the Moto G Stylus (2022) could have a price tag of Rs. 38,475 in India.

Samsung Exynos 2200 SoC To Be Introduced Along With The Galaxy S22 Series: Report